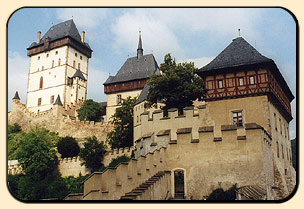 Karlstejn castle is exceptional even among the 30.000 Czech castles, chateaus, fortresses and palaces which one you can visit.

Karlstejn is not only historically significant but also unique in its architecture. It was established by the Czech King and Holy Roman Emperor Charles IV in 1348 as a robust stronghold for the imperial crown jewels. The most sacred place of the whole castle – the Chapel of the Holy Cross –it houses a collection of 128 panel paintings. The castle’s current Neo-Gothic appearance dates back to the turn of the 19th and 20th century.

Its proximity to Prague and its royal status makes Karlstejn a perfect trip for those who want to get a feel for how the kings once lived.

You can explore the castle with the local guide:
During the basic tour you can visit the private and reseption rooms of Emperor Charles IV. or the Great Tower. The exclusive tour offeres a visit to the sacred rooms of the castle with the chapel of the holy Cross. (This tour is limited so it is necessary to reserve the tour in advance). Without a guide you can visit the exhibition, The treasure of Karlstejn castle. 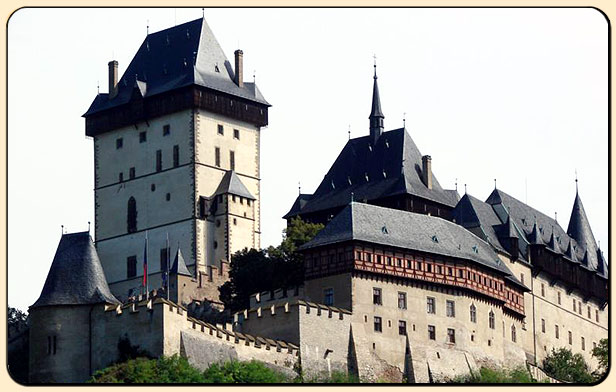