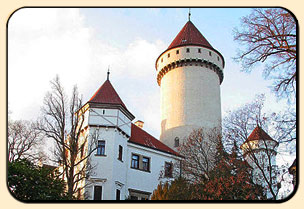 Konopiste, is the most important cultural monument in the locality. A medieval castle was founded as a gothic fortress moded after French castles at the end of 13th century. The castle keeps extraordinarily rich collections of works of art and crafts articles covering from Gothic, Renaissance, Baroque and also modern periods. Konopiste castle belongs to the most significant cultural place of the Czech Republic. The castle is surrounded by a large park with a beautiful rose garden and greenhouse.

In 1887 the castle was bought by Ferdinand d´Este, a succestor to the Austro – Hungarian throne. The Archduke let the castle be rebuilt to a contemporary style and the surroundings to a natural park. He arranged to the castle his own extensive collections, which gained primarily as an inheritance from his ancestors, but also as a personal collector’s activity. The extent of these collections puts Konopiste among the most interesting manors of Central Europe.

If you visit the castle during the summer, you can go through the park, rose garden or around the pond. There is also a castle moat where bears were placed. 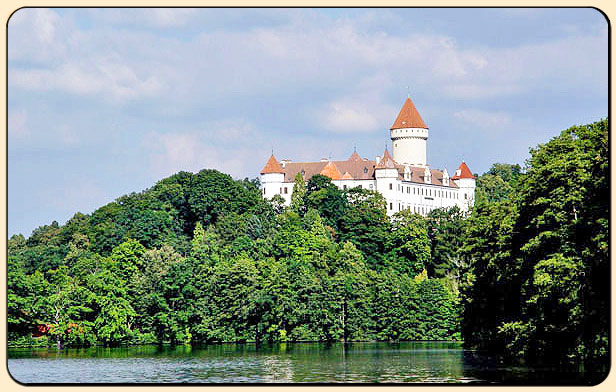 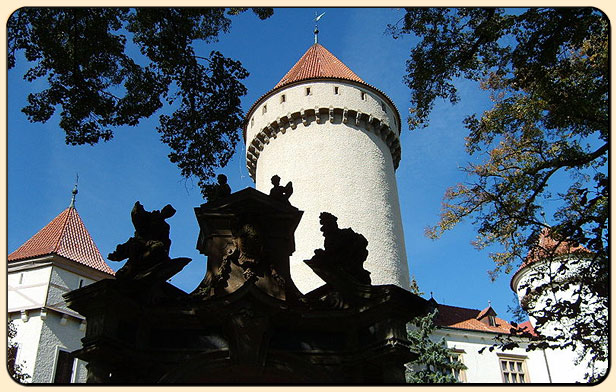