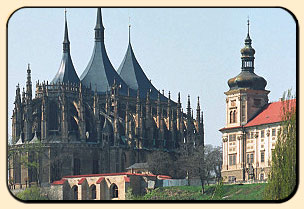 Kutna Hora is located about 60 km to the East of Prague. You can visit this ancient silver mining town with our English speaking driver. Thanks to its wealth it became the second most important town of the Kingdom of Bohemia.The landmark of the former royal town is the monumental St. Barbaras cathedral. Kutna Hora was declared a world heritage site and is protected by UNESCO.

What to visit:
The most famous and significant monument of the city is the Cathedral of St. Barbora, which was built by the rich burghers of Kutna Hora. The construction of the temple was led by Jan Parléř – the son of the famous builder Petr Parléř, who participated in the construction of the Prague Cathedral at Prague Castle. The cathedral was designed as the famous cathedrals in France. Later builders have embedded in the project many late Gothic elements. The interior of the cathedral is designed by gothic frescoes with mining themes, coin-stamping techniques and scenes from Queen of Sheba’s life.

In the center of the city you can visit the Italian court – it is a fortified object into which coin mints were moved from the whole area – the Prague groschen were minted here. During the tour you will visit for example, the Royal Treasury.

In the City Center you can see the black Plague column, the Stone fountain and the Stone house.
Worthwhile to see is also an Ossuary known as „the Bone church“, situated out of the city together with the well-known All Saints Church in Sedlc. The interior of the bone church is a curiosity, decoreted with human bones. You you can admire chandeliers made of bones, cross, montrances or garlands from skulls. 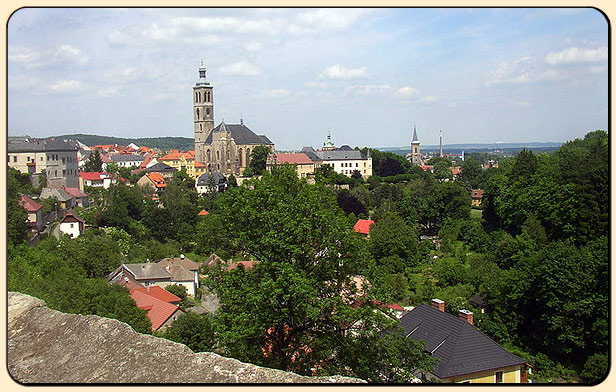 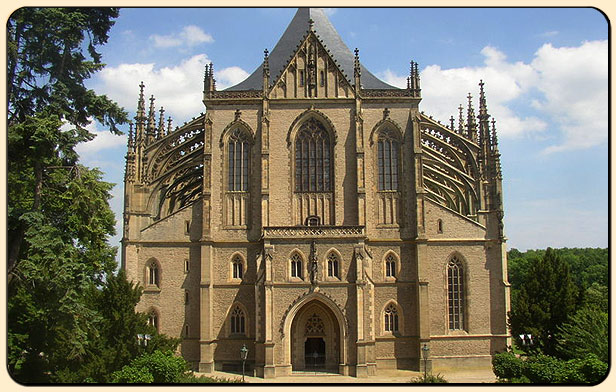 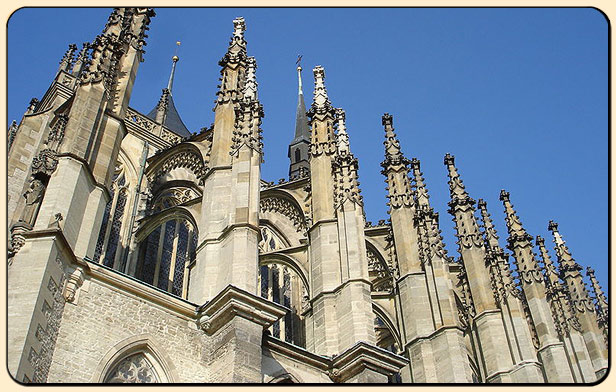 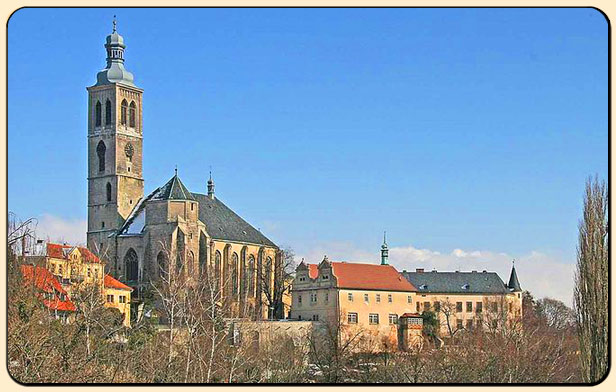 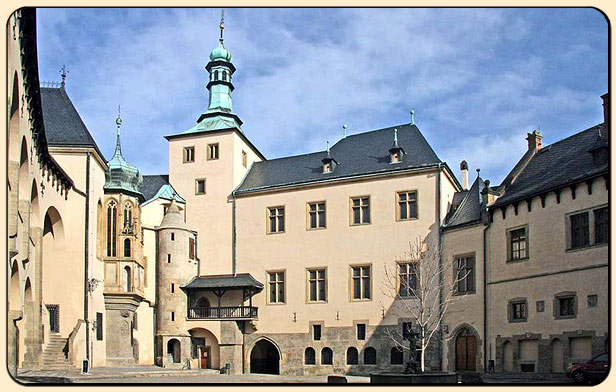